“A network of friends, inspired by Gospel values, growing in holiness and building a more just world through personal relationships with and service to people in need.”

The Society of St. Vincent de Paul is a volunteer organization that offers direct aid to those in need across nine counties in North Texas. The Society provides short-term financial, material and emotional support. In addition, through advocacy, education and referrals, people are empowered to reach the goal of self-sufficiency. Council programs and services will lead to a path of self-sufficiency by addressing the underlying root cause of the basic need.

Click Here to View the Mission of the National Society of St. Vincent de Paul. 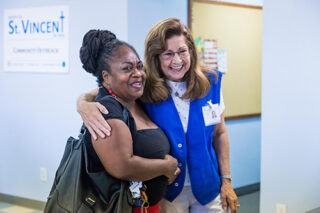 At the turn of the 17th century, Father Vincent, a Catholic priest in a small town in France, asked his congregation about a family who he had not seen in recent weeks. He learned that they lived several miles away, had all fallen ill and were too weak to make the long walk to town to get food or to attend Mass. This family shaped Father Vincent’s ministry: he began walking to their farm each day to bring food and companionship. He continued to reach out to others who were in need and who could not advocate for themselves.

Later in 1833, a young man in Paris named Frederic Ozanam was inspired to continue that tradition by founding an organization, based on two important ideas. The first was a reflection from Father Vincent on exhorting volunteers to help. It often happened that so many people would donate food that it would be spoiled before being eaten. “The poor suffer less from a lack of generosity than they do from a lack of organization,” he mused.

The second inspiration for Ozanam was a challenge from one of his university classmates, who demanded that Frederic show him what value the Catholic Church had in the modern world. In response to that challenge, Frederic and contemporaries began to radically seek out and visit the poor, coming to know them as individuals and offering to help them from a place of friendship.

The tradition continues today. “No form of charity is foreign to the Society.” SVdP volunteers are organized into “conferences” who serve their neighbors in need who live nearby, the better to mobilize local resources. We are trained to honor the dignity and confidentiality of our friends, and to help them escape the burdens of poverty for better living. 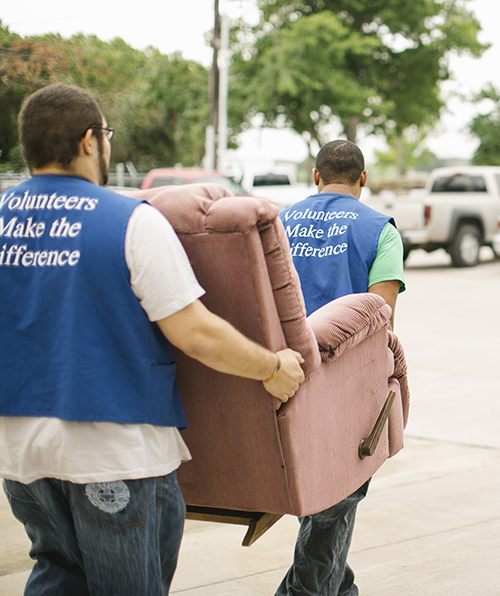 Whether its a financial gift to help cover a month’s rent or a box of food to hold a family over between paychecks, SVdP offers help that makes difficult times in life a little easier to weather.

But we don’t stop at relieving short-term crises. In building personal relationships with our neighbors, we work with them to identify root problems which limit their ability to provide a better life for themselves. Our SVdP region-wide programs provide solutions to systemic contributors to poverty in our Dallas community.

Click the tabs below to learn more about our regional programs.

The first free, public pharmacy in Texas which serves those without insurance!

SVdP Pharmacy serves those in our area who do not have health insurance and who lack the financial ability to purchase their prescription medication out-of-pocket.

Learn about our pharmacy 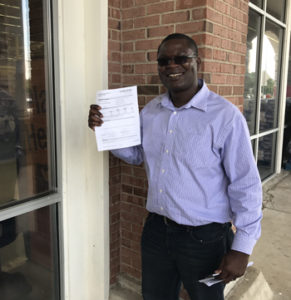 SVdP’s Mini Loan Program (MLP) was started to help people escape the cycle of debt who have been trapped by predatory lending practices. By re-financing with SVdP through our local banking partners, MLP participants can escape alarmingly high interest rates and huge fees. They also build credit, receive financial coaching, and a savings account upon completion of their one-year, low-interest loan.

In addition, SVdP also offers small emergency loans as an alternative to payday lenders, for those with poor credit who have emergency expenses. By taking part in our program, our neighbors gain the tools to reach financial stability.

Our award-winning program offers nearly 1:1 tutoring and socio-emotional coaching to kids, setting them up for success in school and in life!

What about the Thrift Stores?